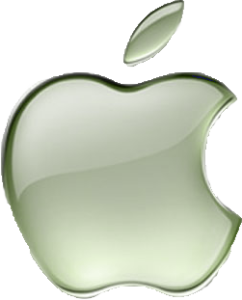 Ask us to install Protection

Once a victim of KeRanger installs the infected versions of the Transmission app, KeRanger malware embeds itself in the victim’s machine and encrypts the hard drive – containing important documents, images and video files, as well as email archives and databases – after 3 days.

The KeRanger malware then asks the victim to pay 1 Bitcoin as the ransom amount to allow the victim to decrypt the hard drive and regain access to his/her important files.

The malware imposes a 72-hour lockout window unless the payment is made.

Though it is still unclear how the hackers managed to compromise the app and upload the infected files, it is believed that they managed to hack the Transmission website as the site was served via HTTP instead of HTTPS.

How to Protect against KeRanger

The security researchers suggested users check for the existence of the following files on their machines:

The malicious code also has a process name of “kernel_service”, “kernel_pid”, “.kernel_time” or “.kernel_complete,” which can be killed, and stores its executable in the ~/Library directory. Delete these files if they exist.

If you downloaded a vulnerable copy of Transmission from the web before the weekend, you must uninstall it now and upgrade to a clean 2.92 version of the software.

“Everyone running 2.90 on OS X should immediately upgrade to 2.91 or delete their copy of 2.90, as they may have downloaded a malware-infected file,” Transmission posted this message in Red on its website.

Specifically, downloads of Transmission version 2.90 were infected with the ransomware code that will encrypt your files after 3 days and demand a payment of $410 in Bitcoin to regain control.

It is worth noting that KeRanger has currently been detected only in the Transmission app for Mac. However, if the malware is widespread, it could affect other common Mac apps as well.

Toggle the Widgetbar
We use cookies on our website to give you the most relevant experience by remembering your preferences and repeat visits. By clicking “Accept All”, you consent to the use of ALL the cookies. However, you may visit "Cookie Settings" to provide a controlled consent.
Cookie SettingsAccept All
Manage consent

This website uses cookies to improve your experience while you navigate through the website. Out of these, the cookies that are categorized as necessary are stored on your browser as they are essential for the working of basic functionalities of the website. We also use third-party cookies that help us analyze and understand how you use this website. These cookies will be stored in your browser only with your consent. You also have the option to opt-out of these cookies. But opting out of some of these cookies may affect your browsing experience.
Necessary Always Enabled
Necessary cookies are absolutely essential for the website to function properly. These cookies ensure basic functionalities and security features of the website, anonymously.
Functional
Functional cookies help to perform certain functionalities like sharing the content of the website on social media platforms, collect feedbacks, and other third-party features.
Performance
Performance cookies are used to understand and analyze the key performance indexes of the website which helps in delivering a better user experience for the visitors.
Analytics
Analytical cookies are used to understand how visitors interact with the website. These cookies help provide information on metrics the number of visitors, bounce rate, traffic source, etc.
Advertisement
Advertisement cookies are used to provide visitors with relevant ads and marketing campaigns. These cookies track visitors across websites and collect information to provide customized ads.
Others
Other uncategorized cookies are those that are being analyzed and have not been classified into a category as yet.
SAVE & ACCEPT